Back to: Motor Oils 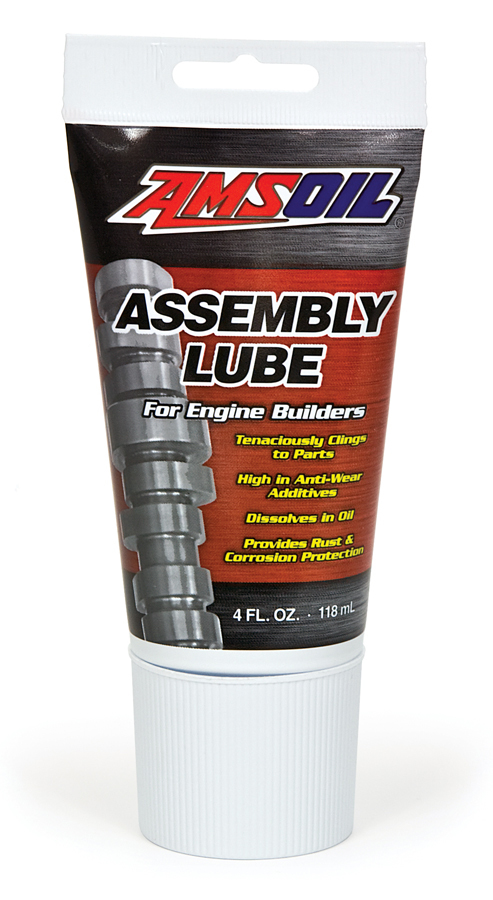 Clings Tenaciously to PartsBecause building an engine can take from a few days to many months, using an engine assembly lube that clings well to parts for extended periods is critical. AMSOIL Engine Assembly Lube is formulated with a high–viscosity base oil and a unique tackifier for long-lasting, tenacious cling.

Dissolves in OilGrease–based assembly lubes can increase the risk of oil port clogging if the grease is not fully consumed at initial startup, potentially causing engine failure. AMSOIL Engine Assembly Lube is designed to dissolve in oil, helping oil ports remain clean, and helping to eliminate deposit formation under the valve covers and in the oil pan.

APPLICATIONSAMSOIL Engine Assembly Lube is recommended for any new or rebuilt four–stroke engine, including racing and performance engines, and should be applied to all areas of the engine susceptible to initial startup wear.